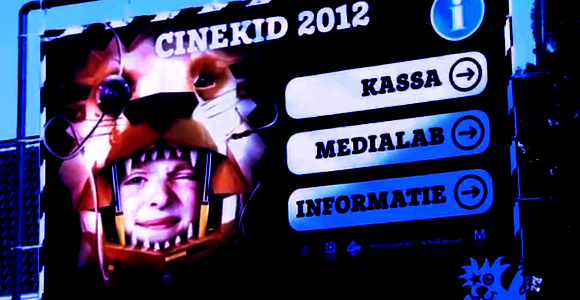 In September 2012 I started with the semester Create Audio and Video for the Internet (CAVI) at the HAN University of Applied Sciences. With a crew of four people we had to make an impression on the film festival Cinekid 2012.

We filmed on Monday, October 22, 2012 filmed at the festival.
After filming on the festival, I edited a two minute impression video using the software Premiere pro.